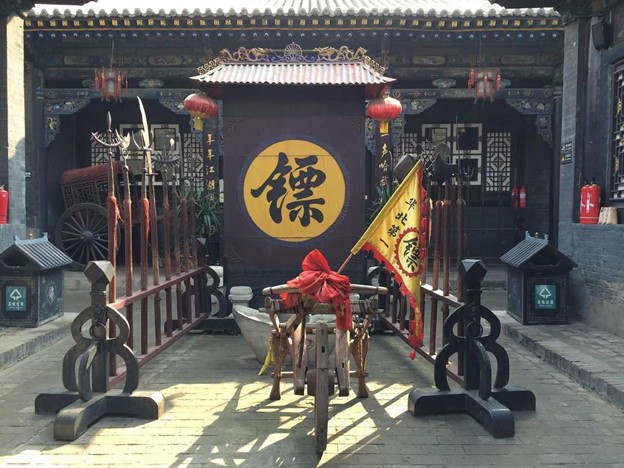 Contrary to the portrayal of martial arts in films and novels, where some how by meditating over a few animals, a terrific martial art was created and passed down. The authentic combative martial arts of China are derived from the practical experiences of its Imperial military, Warlord military, Rebels and later security logistics bureau’s. Often there are stories of individuals escaping the government by disguising themselves as monks or changing identities and hiding in the mountains but in general their skills were developed, proven and tested on the battlefield or in actual altercations. Given that is the case what is it of these martial arts ? what were the most famous or popular at the time ? and under what conditions were they formulated, developed and passed on.

The history of rebellion is a long and persevering one. To those that understand China’s history they would know that throughout much of that long time, it was ruled by foreign nations (e.g. Yuan Dynasty by the Mongols) or constantly defending itself from such (e.g. Song Dynasty became the Southern Song by the Jurchens).  In addition, there were many minorities in China (today formally 52) that through time instigated there own efforts for independence or conquest of land. Further as a result of some dynastic periods with less than amiable social economic environments it led to a country that would be in constantly rebellion.

Since over 2,000 years ago, rebellions played a major role in the changes of power, government and the country. In the Eastern Han Dynasty, the Yellow Turban Rebellion (Taiping Rebellion) in the Shandong area and the Five Pecks of Rice Rebellion in Sichuan area were the backdrop to what became the rise of Cao Cao and the 3 Kingdoms period.  The Tang Dynasty was substantially affected by the An Lushan Rebellion. The Yuan Dynasty came down from the Red Turban Rebellion (White Lotus) where the to be Emperor of the Ming Dynasty established his position from. The Ming dynasty fell on the back of Li Zicheng’s rebellion leading to the formation of the Manchu Qing dynasty. Throughout the Qing dynasty endless rebellions prevailed from the White Lotus Rebellion (1796-1804), the Bagua Uprising (1813), the Taiping Rebellion (1851-1864) , Small Sword Society (1853-1855), Red Turban Tiandihui Rebellion (1854-1856), the Nian Rebellion (1851-1868), the Boxer Rebellon (1899-1901)，Red Spear Uprising (1928-1929)  and many other minor ones. In fact the Xinhai Revolution which was later to become the fall of the Qing and founding of the republic led by Sun Yat-sen, was founded on the back of rebellious groups (some of those later became the triads).

Throughout all those rebellions, martial arts were continuously evolving and developing, from the ability to create peasant armies by quick direct and effective movements in the some of the Southern areas, to the adoption and recruitment of known martial arts experts into the various groups. Rebellions had a substantial contribution to the authentic martial arts. They were recruitment, training and more importantly well tested battlefields. Although many martial arts are associated with these we will list some of the key ones accordingly.

By no means complete, this is just as examples of the various styles associated (ie. a number of practitioners had joined or were leaders in those rebellions). What also should be understood is that when practitioners fought alongside one another they would mutually exchange skills, test them though combat and enhance their martial arts. It should also be noted that weaponry often prevailed over boxing methods, and thus it is common to find same methods of weapons across multiple styles/systems.

The armed security business became an important part of commercial trade in China. Without armed escort’s protection, a lot of Merchants could not run their business smoothly to transport value commodities like medicines, precious metals (gold) and valuable articles from one place to another. These businesses rose to prominence during the Qing Dynasty. To be successful in the armed security business (Biao Ju), the companies needed to hire the best Guards (Biao Shi), which were selected typically from the most competent martial arts exponents at the time but mostly they were family members and martial brothers from the same style or system. The bureaus became a training ground, for exchange and development of the specific martial arts as well.

Whilst there were many such security logistics bureaus, there were a few outstanding and held in high esteem. Many of the trade routes throughout China had established different centres of excellence, from the housing of valuables in Pingyao, the need to cross through the Cangzhou Canals and the financial institutions in Tianjin or the government centre in Beijing. So what were the top Bureaus and what martial arts did they practice:

Of those, the Cheng Xing Biaoju in Cangzhou became famous for the saying ‘Flags should not be raised when crossing Cangzhou’. Li Guanming and his team of Da Liuhequan (大六合门 Greater Six Harmonies Boxing) were renowned and were not to be crossed with. As a result, Li Guanming established one of the most comprehensive martial arts systems that absorbed much from the styles in the area including Liuhe, Tantui, Guangdong, Hong and Chahua boxing. Da Liuhe Men Wang Zibin (better known as Big Sword Wang, Da Dao Wang Wu) was a disciple of Li Guanming and member of the Cheng Xing Biaoju, established his own Security Bureau in Beijing called Yuan Shun Biaoju.

In addition to the establishment of the various bureaus, many of the martial arts experts were just employees of the Bureau.