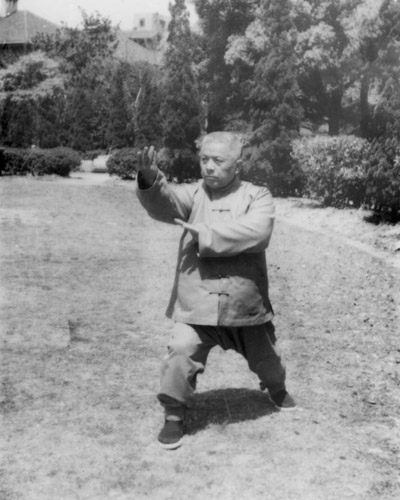 The earliest records of the use of Neijia Quan (Internal arts) where in the 1600’s, these were an inscription on the tombstone of Wang Zhengnan (1669), a text Neijia Quan by Huang Baijia (1676) and a biography of Zhang Songxi in the government records of Ningbo (1683). Further in some of the boxing manuscripts of Jiangxi Zimen Quan, it refers to the integration of the earlier boxing (Ying Men/Yue Jia Quan) with the boxing of Songxi Neijiaquan. The early inheritor of Neijia boxing in Wenzhou a place especially noted for hard, rigid methods, was Chen Zhoutong, it then had been practised by notables such as Huang Baijia and Zhang Songxi.

Essentially the modern version of combining the arts of Taiji, Xingyi and Baguazhang as Neijia is a much later construct, and many cases the borrowed some historical references to the Neijiaquan of old but had no real connection to it other than conceptually. Over time Songxi Neijiaquan found new roots in Sichuan where it has remained with its unique principles relatively in tact for generations yet also absorbing some of the local Emei boxing methods.

Songxi Neijia Quan combines softness with hardness, slow and fast movements, use softness to neutralize and hardness to strike. Its footwork is often not confrontational often evading and entering from the sides, the use of absorption, grappling, striking and throwsZhang Wuting was a Logistics Security officer who worked for the Xingshun Security Bureau and later taught Chen Xiaodong in Sichuan. Chen had originally practised under Zhou Xiangting so had good foundation. It was then Chen Xiaodong and his students/descendants that solidified the practice of Songxi Neijiaquan across Sichuan.