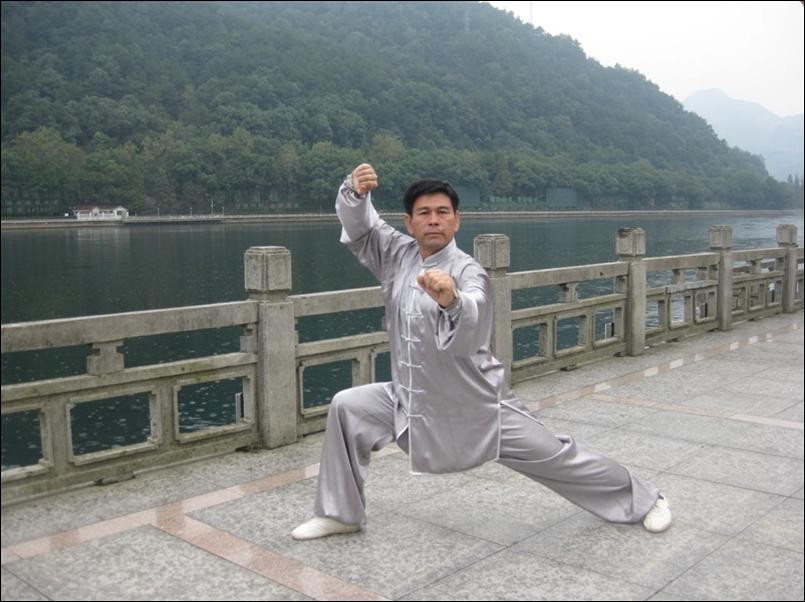 Whilst it is widely acknowledged today that Taijiquan originated in Wen County with the influence of Jiang Fa and/or Chen Wangting  (as the founders, inheritors, compilers or developers of the method), there are a few styles recording in folklore that are thought to be older. Whilst typically we tend to prefer separating fact from fiction in this case it is interesting since some of the theories and practitioners of those styles have been known to influence some of the Taijiquan styles known today. Cheng style herein described is considered as the oldest of those.  This is the first of many short articles introducing such ancient styles and their influences on modern Taijiquan.

Han Gongyue (韩拱月) was said to live in the Liang Dynasty (502-557 AD) was considered the founder of some practice known as Taiji Gong (太极功) which was passed to Cheng Lingxi (程灵洗) who was from Huizhou District (徽州府), also known as Shezhou and today known as Huangshan City, Anhui Province. Cheng Lingxi practiced with great diligence and was said to achieve light and agile steps, that supported his impressive power. Cheng helped to protect Shezhou during the rebellion against Liang of the Southern Dynasties (侯景之乱) in 548. He was recognized as a devoted and powerful soldier, thereafter rewarded by an official governance post by the Liang Emperor.

This style remained within the Cheng Family until many generations later when Cheng Bi (程珌, 1164-1242), also a successful official of the Song dynasty was said to practice this Style which became known as Small Nine Heavens (小九天) in 15 postures. Cheng Bi wrote a number of short articles such as “Five notes on applied skill,用功五志”  and “Five Natures return to One, 四性归原”

Five Natures return to one

Most people in the world do not know their own nature, How can one discover their nature ? The five natures which also apply to human nature, are also the nature that applies to world (Heaven & Earth). I rely on the world in order to survive and preserve life. Yet the world cannot be grasped and is formless. If I am then first able to comprehend my own nature, then the world will accept my independent spirit.

* The five natures are often representatives of the five emotional and physical states or ego-self that should be overcome.

The Five points on applied skill are interesting since they have also been found in the records by Zhang Songxi (Neijia Quan) and added/re-constructed in some of the Yang Style texts. Further the concepts are still be-fitting to current Taijiquan practice and many of the important focuses of Taijiquan seem to have been captured even back then.

The importance of San Ti Shi in Xingyi Quan | 万法源于三体式